COLA in Asia: the associate's guide 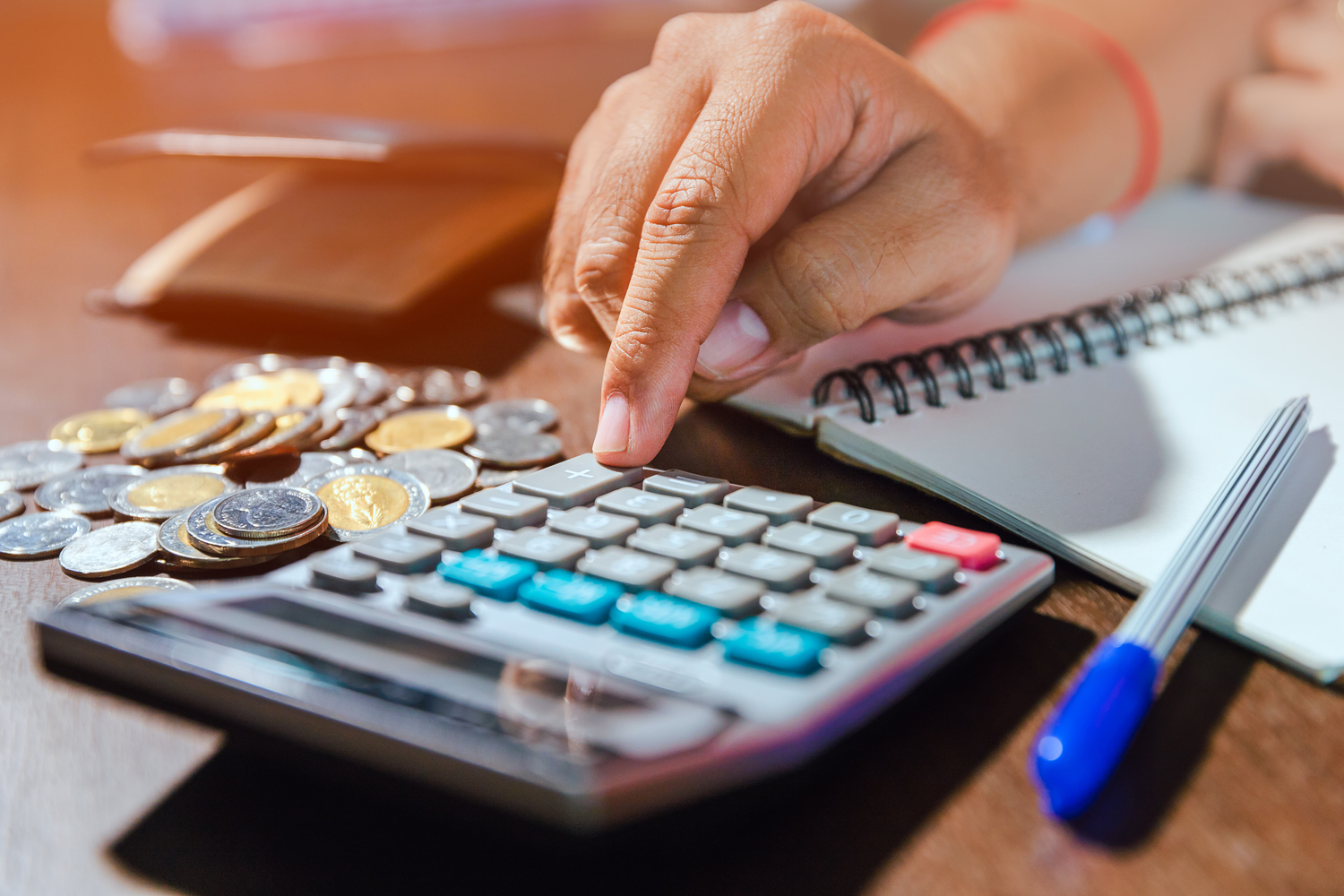 What on earth is a Cost of Living Adjustment and how does COLA affect me? We asked the folks with the know-how at Jowers Vargas to pop the can open and reveal all you need to know about COLA at US firms in Asia.

Chambers Associate: What is COLA?

Evan Jowers: COLA stands for “Cost of Living Adjustment.” It is typically a lump sum of money paid on top of an attorney’s base salary and bonus(es). Traditionally, COLA was paid monthly or on top of each paycheck to associates, but a few US firms in Asia are starting to pay COLA as a yearly special bonus (i.e. paid one lump sum annually).

CA: How is COLA calculated? What are some sample ranges for example jurisdictions?

Alejandro Vargas: Most firms have set COLA policies, i.e. the COLA amounts for each market are set by firm policy and global management, and there’s little to no wiggle room for upward adjustment or negotiation. The standard for the majority of US firms abroad is to have one set COLA number regardless of factors like seniority, whether or not an attorney is moving with a trailing spouse, or whether or not an attorney has school-aged children.

"In Hong Kong, mainland China, and Korea, standard COLAs range from $50k to greater than $90k."

CA: What are some sample ranges for example jurisdictions?

YV: In Hong Kong, mainland China, and Korea, standard COLAs range from $50k to greater than $90k (all amounts USD herein unless otherwise specified). A minority of firms will give a 100% school tuition reimbursement; and a smaller handful will give a partial school tuition reimbursement for associates with school-aged children. A few firms give attorneys a COLA bump-up for each child (capped at two children), but this is not standard.

Alexis Lamb: In Singapore, it is not “market” to provide COLA although there are a small handful of firms that provide COLA in the range of $15k-$40k.

AJ: Tokyo COLAs tend to be higher than those in Hong Kong / mainland China / Korea and are often structured as a mix of (1) cash on top of salary, (2) a housing stipend that must be used for housing, and some sort of small “currency adjustment”. To give a sense of rough numbers, here’s an example: a top-tier firm whose Hong Kong COLA is $75k and whose mainland China COLA is $85k offers a Tokyo COLA (mix of USD and housing stipend) in the total amount of $90-$100k.

AL: The Asia legal markets can be split into two different buckets for COLA purposes - US practice groups and local practice groups (the latter of which can contain US-qualified attorneys), with only the former traditionally receiving COLA. US and non-US teams typically operate independent of one another in the same firm, but not at some firms.

CA: Who gets to have COLA? Are there any limitations?

AV: COLA is typically offered to attorneys that are in a “US team” (e.g., US Capital Markets) led by US-trained and qualified partners. However, at the time of this article, we can think of at least three firms that provide COLA to all or most of their Hong Kong-qualified associates in Hong Kong.

EJ: As far as we know, only one firm limits COLA eligibility to US taxpayers. It is very common to see a PRC or Hong Kong citizen with a US JD that is hired into Asia BigLaw from US BigLaw getting COLA, even if their new city is their passport country and they are technically returning “home.” Many non-US tax payers who are JDs receive COLA also in tax havens such as Hong Kong and Singapore, where there is a substantial tax windfall in addition to COLA allowances.

"Some firms give school tuition reimbursements (either partial or full). Some firms also grant an attorney (and, if applicable, their spouse and children) plane tickets “home” once a year as part of the overall offer package."

CA: What non-cash benefits does a COLA often offer?

AL: As mentioned above, some firms give school tuition reimbursements (either partial or full). Some firms also grant an attorney (and, if applicable, their spouse and children) plane tickets “home” once a year as part of the overall offer package.

CA: Does COLA affect how I will be taxed?

EJ: Since COLA is income, it will be considered as part of your taxable income. It’s literally a lump sum of cash that you receive in addition to your base salary and bonuses. Like any additional special or COVID or signing bonuses that an attorney receives, they will have to pay tax on any COLA received.

CA: What level of negotiation can I expect to have in my COLA policy?

EJ: Associates have very little leverage to negotiate COLAs, which are set by firms’ global management. Negotiating for a higher COLA than what is offered is basically negotiating for an exemption to a firm’s COLA policy.

YV: However, COLA can be used as a recruiting tool to attract top talent, especially among firms that have yet to set a firm COLA policy. These firms have been known to match the COLAs that a star potential recruit is receiving by their current firm, for example. But, generally, negotiating for a higher COLA than your peers at that firm are getting will be met with a hard “no.”

EJ: Sometimes associates making a lateral move can negotiate to have COLA for the first time at their new firm, even though their initial offer may not include any COLA (not uncommon for an LLM who is US qualified but not receiving COLA at their current firm).

CA: What is negative COLA and how common is it in BigLaw? Which jurisdictions does this occur in?

EJ: I can’t think of a single example of a “negative COLA” where your income is adjusted downward for living in a lower-COLA area. A few US firms did this over a decade ago in Asia, but that practice has been long gone in the industry for over a decade.

CA: You reported that some firms are to stop giving COLA after four or five years spent in a jurisdiction – is this set to become commonplace?

CA: Are sunset clauses a cause for concern for attorneys who wish to permanently relocate? Do you think it will encourage attorneys to plan to eventually return to the US?

AV: No. They are not the norm in Asia and if you live in a market where COLA is the norm, you can easily lateral to a firm that gives you COLA if your firm suddenly starts to implement a sunset clause on your COLA.

"The main trend we have seen is for COLA to not be explicitly included in offers."

CA: Covid-19 affected COLA policies in the beginning of the pandemic. What is the current situation regarding COLA, and are there any trends you expect to see going forward?

EJ: The main trend we have seen is for COLA to not be explicitly included in offers. However, many firms would omit COLA from their offer letters prior to the pandemic – maybe they didn’t want to put their COLA amounts in writing for fear of such info being disseminated to competitor firms – but it is something that we’re seeing more of after the pandemic. We‘ve found a need to be a bit more proactive in asking for COLA in the post-offer discussion to make sure it’s part of the offer.

AJ: We have seen one instance of a firm limiting the categories of COLA-eligible attorneys. While it’s always been the case that not every attorney at a firm is COLA-eligible, in this case the firm established a “new” post-COVID policy declaring a practice group as COLA-ineligible that had been historically COLA-eligible at that firm.

Further, one top-tier US firm in Hong Kong decided in mid-2020 to move from every payday COLA payments to instead once a year guaranteed special bonuses that represent their COLA allowance. Having to wait a full year for their COLA allowances will obviously deter some associates from seeking a lateral move, unless a firm recruiting them were to make them whole on their lost COLA.

EJ: However, in 2021 in Asia there has been a lateral hiring boom and there is a lot of competition for talent among major US and UK firms. Thus, any pretense of COLA being cut out or lessened because of the still ongoing Covid pandemic is just not reality at present. Instead, there have been more signing bonuses than usual and it’s become commonplace for year-end bonuses to be made whole during the first year of the lateral hire. These benefits have increased while COLA has for the most part remained without question in Asia based hires throughout 2021. In 2020, there was some pushback on COLA in Asia during a time when most firms were on strict global hiring freeze and offers were hard to come by.

Keep in mind also, especially considering the new restrictions against China-based companies’ IPOs in the USA, there is a great demand for Hong Kong qualified ECM associates. This reality is causing a new trend in Hong Kong for more firms to consider and implement COLA allowances for some or all of their local Hong Kong qualified associates.

The interviewees, in order of appearance

"We‘ve found a need to be a bit more proactive in asking for COLA in the post-offer discussion to make sure it’s part of the offer." "COLA can be used as a recruiting tool to attract top talent, especially among firms that have yet to set a firm COLA policy. These firms have been known to match the COLAs that a star potential recruit is receiving by their current firm, for example."

"In Singapore, it is not “market” to provide COLA although there are a small handful of firms that provide COLA in the range of $15k-$40k."

Sort and rank firms on the key stats

Rank firms on all key stats

US and International presence

How many associates make partner?

The most satisfied associates

The best firms for pro bono

The best firms for diversity

Firms that responded best to Covid-19