The future of the law: White & Case on artificial intelligence 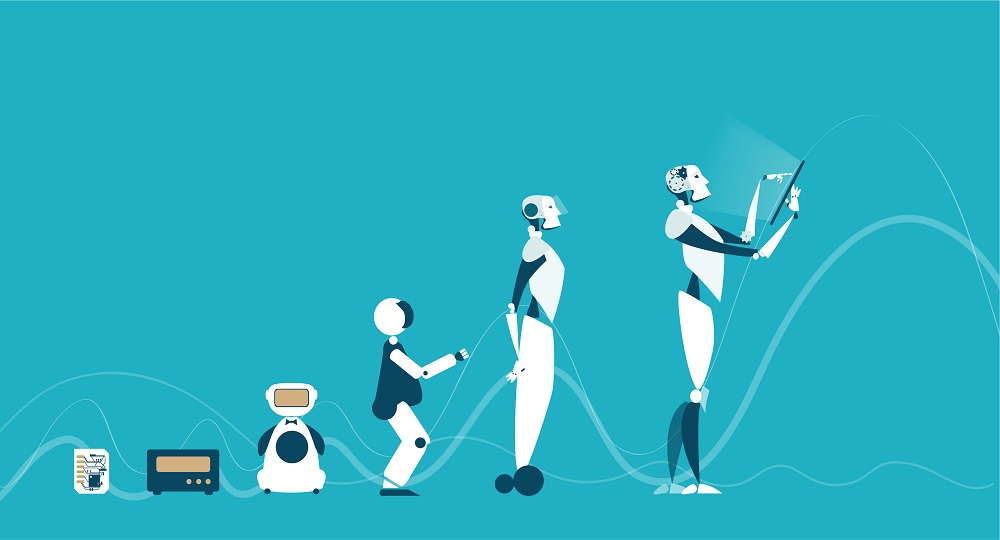 The AI revolution is already happening in the law. We partnered with some experts at White & Case to learn about the big issues and what it means for students.

The rise of the machines

We’re in the midst of the fourth industrial revolution. We’re seeing technology shift its identity: where it was previously used by us as a blunt instrument, it now replaces us, simply waiting for the correct instructions. This is why we hear about ‘disruptive’ tech. When artificial intelligence has the power to perform relatively sophisticated lawyerly skills, we know it will become pervasive, but we think it’s time to put to bed those conspiracy theories about ‘robo-lawyers’; AI is the reality to be embraced – the only future. For some reassurance, Arlene Arin Hahn, a partner in White & Case’s technology transactions practice, remains optimistic that the law will always require a human brain: “Advice, judgment and guidance – these are aspects of the legal domain which cannot be divorced from humanity.” Phew.

The presence of AI’s potential in the law has prompted major investment from the biggest names in the profession. In a race to secure their futures, top law firms are investing heavily in AI – not just to have the advantage on other firms and in-house legal teams, but also to deter upstart newcomers wielding shiny tech from poaching their prize clients. The stakes are high. If that wasn’t enough to set the profession on edge, fundamental changes to the lawyer’s role are afoot too. As the machines take more and more responsibility for the robotic tasks, associates will be prized and used for the gifts their humanity gives them, advising and advocating for clients, and spotting the meaning in what their machines are telling them.

While people seemingly never tire of shouting about AI, the granular, real-world applications can sometimes go missing in their commentary. All you need to know to understand AI is that it contributes to software which can search and interpret documents, perform accurate risk assessments, sharpen the interpretation of documents based on precedent, and draft contracts and legal opinions. Jobs like due diligence, document review, simple drafting, discovery, and forecasting legal outcomes can all be done by machines. That’s much of a junior associate’s role spoken for.

“This will then allow a lawyer to start the real work they have studied law for!”

Oz Benamram, the firm’s chief knowledge officer, paints a vivid image of how far these tools have come. Gone are the days, he says, when “due diligence meant lawyers had to sit in a cellar, sifting through thousands of documents for days without the help of a machine. A good tool can do that in a couple of hours. This will then allow a lawyer to start the real work they have studied law for!”

White & Case stands as a good example of the deployment of AI tools which is taking place at many top firms. In its transactional work, the firm has taken advantage of both Luminance and LawGeex. Luminance’s diligence platform helps spot missing clauses and other errors, speeding up the review process and reducing risk. LawGeex meanwhile, offers automated contract review, reading the document and analysing compliance. Similar tools are deployed on the contentious side too.

This move to relying on technical solutions within matter work will increasingly speed the pace of proceedings. It will also save clients a lot of money. So we may see an economy dividing between the haves and the have-nots – the firms investing may create a new elite. But Benamram thinks the whole profession will collectively gain. In the same way that the elite firms shoulder the cost of recruiting and training every new class of graduates, those same firms will be “investing in those tools and developing vendor best practices. So the mid-size firms hopping on the train can leverage what we did – they won’t have to experiment with the tools.“

Huge efficiencies are possible, but it demands an appetite for change and a willingness to work with the tech. To create a machine-learning algorithm, lawyers must first teach a machine how to interpret, distil and generate language spontaneously. The challenge to overcome is that – as you may have experienced with Alexa, Siri et al. – language software struggles with nuanced and figurative language; subtlety and sarcasm are reassuringly human qualities. And language itself evolves: ‘disruptive’ doesn’t have the same meaning it did five years ago, for example. In the early stages of this tech, at least, junior lawyers will be in demand to ‘train’ the machines.

“It is much more complex than it sounds to train these machines.”

There will be a new dimension to the lawyer’s role, says Hahn, “making sure that the attorneys who work with the AI tools are aware of their limitations and are tech savvy. This will allow them to explain limitations and benefits to the clients as well.” White & Case’s director of knowledge operations, Constanze Schmack, believes it’s vital to still teach the newbies the tricks of the trade even if they won’t be getting their hands dirty. “It is much more complex than it sounds to train these machines, such as the contract automation tool. If not trained correctly in the fundamentals of legal practice, juniors will not be able to understand the conclusions of the tech-aided documents.”

The big concern for the students and law schools feeding the junior end is “what does the staffing look like when we take the more menial tasks away?” as Schmack puts it. “On one deal, we usually have five or six juniors reviewing documents – what happens when we don’t need all those people? This is something which needs to be discussed throughout the whole market and industry, it isn’t a structure which one single firm can decide upon.”

Encouragingly, no firm is showing any sign of reducing first year intakes despite this investment in tech. And Benamram is keen to emphasize: “roles will not be eliminated, but shifted. Juniors’ tasks will be redefined – now, instead of being the person charged with finding a needle in a haystack, their role will be more focused on detecting patterns within the data.”

“I really hope that tech is able to redefine what kind of person enters the legal field and transforms the perception of what a legal career looks like,” emphasizes Benamram. Already we’re seeing big firms hiring juniors with specific tech backgrounds. In the most disruptive scenario, the younger lawyers, more at ease in a digital economy, would wield a little more leverage over the partnership level. Already we’re seeing firms actively hiring the millennials with the ideas that will shape the digital legal industry. For students this represents a huge opportunity to show firms how they’d be an asset to the business – to start the dialogue at the first interview.

And as lawyers progress through their careers we expect AI to be an empowering force for the individual. It will change how lawyers’ skills and efforts are judged; the notions of billable hours and facetime “no longer being the barometers of dedication and excellence,” says Benamram. New tech presents the potential for readjustment – a welcome release valve. With the right firm culture, influential affinity groups, and forethought on policy, real change is possible.

“AI can probably make most processes faster and more powerful, but not necessarily wiser or more humane.”

The pressurized law firm business model based on the billable hour has for decades been cited as the main reason earnings and opportunities in the law are not equal between men and women, and the same reason is given for why mental wellbeing is such a challenge in the law. But any hope that more tech will resolve this is a little optimistic, thinks Hahn: “AI can probably make most processes faster and more powerful, but not necessarily wiser or more humane. Most technological advancements in recent years – email, electronic case law research, smartphones – have changed where attorneys can work, but not how much they work. And if anything, these technologies have resulted in condensed timelines and greater urgency so unless the paradigm is somehow shifted by AI, then I would expect more of the same.”

In any period of dramatic change, those willing to adapt and be imaginative will succeed. “It’s a wonderful opportunity and a reality that we must accept,” says Benamram. “It is simply a question of when and how it arrives.” The next generation of lawyers should be better prepared, thinks Benamram, who recommends that law schools adapt their courses to teach AI from a more holistic perspective rather than seeing it just as a tool. “We don’t expect associates to be computer programmers, but in today’s fast-paced world, it is important to have a sense of what AI means and to understand how to use the data to be able to work smarter and deliver solutions efficiently.” The Inside View on White & Case: With an already thriving global network, White & Case has turned its attention homeward, focusing on “substantial US growth.” "Most technological advancements in recent years – email, electronic case law research, smartphones – have changed where attorneys can work, but not how much they work. And if anything, these technologies have resulted in condensed timelines and greater urgency so unless the paradigm is somehow shifted by AI, then I would expect more of the same.” “On one deal, we usually have five or six juniors reviewing documents – what happens when we don’t need all those people? This is something which needs to be discussed throughout the whole market and industry, it isn’t a structure which one single firm can decide upon.” “Roles will not be eliminated, but shifted. Juniors’ tasks will be redefined – now, instead of being the person charged with finding a needle in a haystack, their role will be more focused on detecting patterns within the data.” White & Case is one of the world's most accomplished law firms. In our 2019 associate satisfaction survey, the firm came in 2nd place in the US legal market. To learn more about associate life at White & Case, read the Inside View>>