Vaccines and the Law 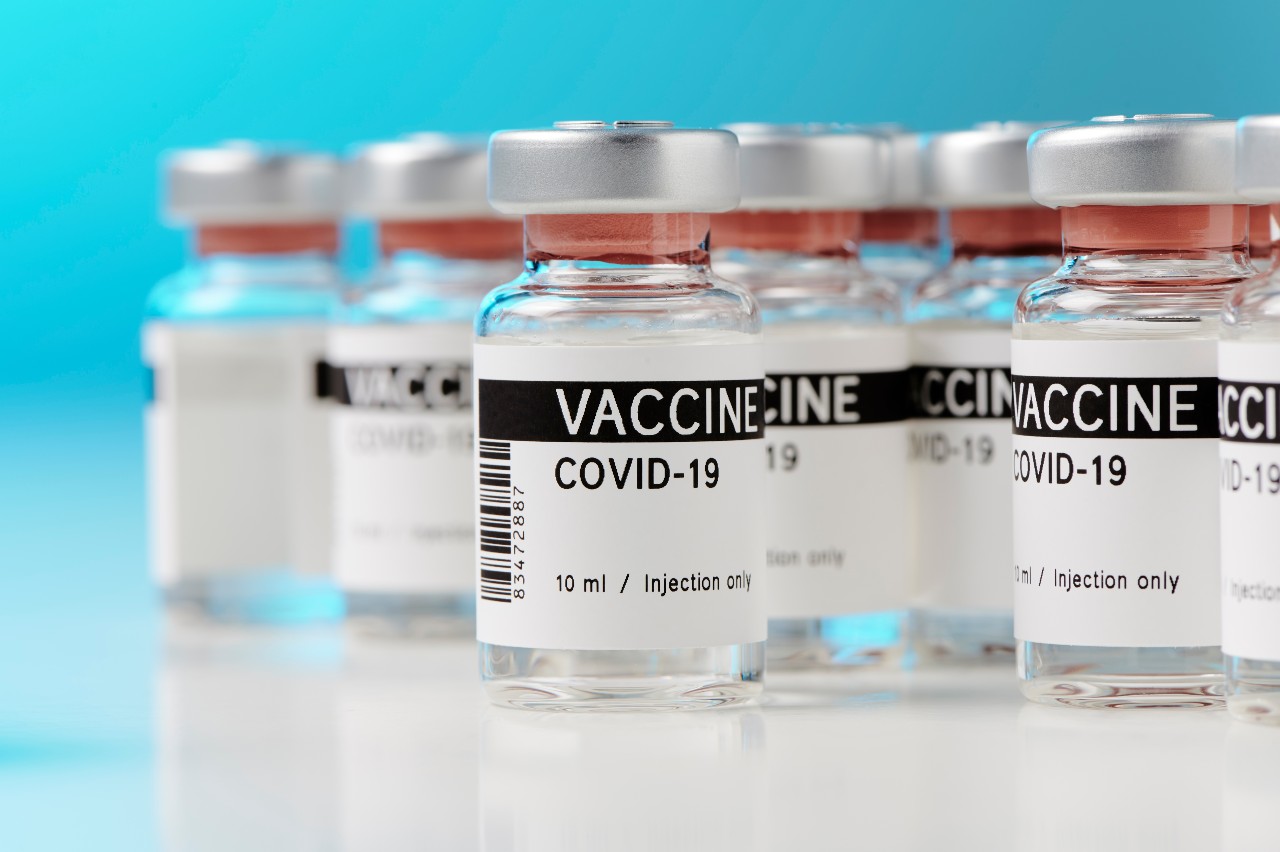 The successful rollout of Covid-19 vaccines around the world has been a miracle of science. However, from research to deployment, armies of lawyers have also been working overtime behind the scenes. Heidi Erlacher, a leading IP and life sciences partner at Cooley, tells us more.

In response to the Covid-19 pandemic, you won’t find a major firm operating in the market today without a dedicated Covid-task force. These are multidisciplinary teams of lawyers focused on guiding clients through the multitude of unprecedented economic impacts that have emerged over the past 18 months. “At Cooley, our own task force comprises over 100 leaders in their fields across the firm,” Heidi Erlacher tells us. “That includes attorneys from: partnering and licensing; employment; venture financing; capital markets; patents; trademark; regulatory; product commercialization; privacy and data; insurance; and real estate – among others.” While the role of each of these different lawyers may be obvious in the context of the broader pandemic – insurance lawyers wrestling with business interruption claims, for example – what’s less obvious is their specific contribution with regards to the vaccine.

“At Cooley, our own task force comprises over 100 leaders in their fields across the firm.”

To shine a light on the part lawyers have played, Erlacher guides us through the many complex, iterative stages of a vaccine’s lifecycle. We start at the very beginning with research and development: “This could be done in an academic laboratory or at a company,” Erlacher explains, adding that “if starting in an academic lab, researchers, led by a principal investigator, typically reach out to tech transfer officers who partner them with industry partners to fund the research.”

It is at this stage lawyers enter the picture. Erlacher explains “lawyers will be employed to conduct all the due diligence around the IP including ensuring that the IP hasn’t been disclosed before the application was filed or that the research team hasn’t accidentally forfeited the right to obtain the IP.” The second route from which a vaccine can emerge from an academic laboratory, is when the principal investigator decides to form a new company. At this point “there will be a whole bunch of lawyers helping to form the company and secure funding, for example, from venture capitalists.” Erlacher summarizes that “from an academic lab, it’s either a spinout or outright license to a third party. Similarly, companies may partner with each other to accelerate research efforts.

Before we move on to discuss the regulatory stage, Erlacher stresses the need to highlight the science underpinning vaccines:

“Vaccines work by tricking the body to proactively generate antibodies ready to fight a possible infection.  This is accomplished by introducing a harmless, imposter agent (antigen) that mimics the virus, thereby stimulating an immune response,” she explains, adding that “the different types of vaccines can be categorized based on the antigen present, some of which include inactivated or attenuated virus.  Others include a portion of the virus such as the Sars-CoV-2 ‘spike protein.’  One of the great innovations of late in the world of medicine and science has been the development of mRNA vaccines. Erlacher explains that “these are vaccines that include genetic material, or instructions, for the body to make a protein antigen, such as the spike protein which then prompts generation of antibodies.” The advantages of these, Erlacher highlights, is that “they are faster to prepare, cheaper and more versatile (for example, it is easier to shift to production of modified vaccines should variants or mutants arise).

“The secret is truly in the (formulation) sauce!”

The importance of this is that “when it comes to vaccine development, special formulations are necessary to make the use [of the vaccine] practical, especially for RNA vaccines.  IP attorneys play a critical role in helping companies secure patent protection for the various vaccine components including the agent as well as formulation component.  The secret is truly in the (formulation) sauce!

To aid in the vaccine’s equitable distribution, many governments (including the Biden administration) have voiced support of waiving the various IP protections attached to the Covid-19 vaccines. However, Erlacher remains skeptical. “It makes for a very good sound bite. However, while the government is saying that innovator companies won’t have an exclusivity period, it doesn’t mean other countries or companies will suddenly have the capacity to start producing vaccines. In many cases they won’t be able to set up the necessary machinery or have the ability to test and formulate at scale. It was good press, but the reality is more complex.”

Once the first wave of IP issues is dealt with, the vaccine is ready for the trial stage. Erlacher explains that “you have to be able to make enough of the drug to go into the clinic. Most companies don’t have the ability to produce commercial quantities so they have to set up a relationship with a commercial manufacturer - that’s an agreement that lawyers will broker, which includes negotiating supply chain agreements with chemical companies to obtain components.” Erlacher also highlights that “you may also need a site where you can make the vaccine which requires the input from real estate attorneys.”

“Regulatory lawyers will support clients in dealing with these agencies who will be scrutinizing the data to decide whether or not a drug should be approved.”

The clinical trial stage itself is also a highly regulated environment with any inventions requiring the approval of the FDA [Food and Drug Administration] in the US or the EMA [European Medical Agency] in Europe. “They will be very cautious in terms of evaluating data from clinical trials to make sure vaccines are safe,” Erlacher stresses. “Regulatory lawyers will support clients in dealing with these agencies who will be scrutinizing the data to decide whether or not a drug should be approved.” She explains that the process includes: “listing all the relevant patents; detailing how you treat and protect people during the clinical trial; and negotiations of who owns the data coming out of the trials – everything is super regulated.” Once a company has both the facilities to scale up production and the green light from the FDA or EMA, it’s time to think about distribution.  “There’s a lot of effort that goes into agreements relating to transport, storage, and quality control,” Erlacher explains. That’s made more complicated by the fact that “there are different rules and regulations in different states.” Those regulations extend to promotion and advertising which are also – you guessed it – highly regulated areas which require the input of legal teams.

Finally, lawyers will be called in to deal with all vaccine-related litigation, the scope of which is more extensive than one might think. “For example, what if an employer forces you to get a vaccine and you get very sick? Would you sue the employer, the manufacturer of the vaccine, or the state if it was issued through them? There are lots of agreements that relate to responsibility and liability covering things such as how the vaccine is stored and how it is administered.” In a more commercial capacity, Erlacher also highlights that lawyers might be called upon in a situation where “shareholders aren’t happy with a company’s leadership for not pursuing a Covid-19 program and want to change the leadership.”

In the UK, libertarians are up in arms over the government’s proposed ‘vaccine passport’ requirements for venues, which some see as unlawful and an infringement on civil liberties. At the state level, the UK also ran into a legal spat with the EU earlier in the year centered around a claim that AstraZeneca was exercising preferential treatment toward the UK and was thus in breach of its contract with the bloc. While vaccine-related litigation is in its infancy, we expect more to emerge as the rollout continues.

To be commercially aware in 2021 means understanding the various roles lawyers have played throughout the COVID-19 pandemic. In the case of the vaccine, from the initial research through to transportation, distribution and potential litigation, Erlacher summarizes: “lawyers are everywhere.” This will undoubtedly continue for the foreseeable future given the area’s capacity for new developments and new obstacles, so it’s worth keeping a close eye on this new and evolving area.

With thanks to Heidi Erlacher "IP attorneys play a critical role in helping companies secure patent protection for the various vaccine components including the agent as well as formulation component." This new pocket e-guide to the legal professional walks you through all the critical decisions and links to deeper research where you need it. We review 100+ leading law firms by interviewing the associates. We've reviewed the 57 practice areas covering the commercial legal landscape. Click on each practice group for the inside view on each specialist area. What to expect from a career in key legal markets across the US.

Chambers USA is a the client's guide to law firms. The practice area rankings are also a good indicator of career opportunities.